This year at Moving Writers, I’ll be dedicating some of my posts to exploring the ways I try to help two of my students, who I’ve nicknamed Troy and Abed.   I’ve chosen them as a focus for the year partially because I already know them from their freshman and sophomore years, having worked closely with both of them through our MTSS program, which provides academic support for students who aren’t keeping up with their peers.  Our success rate with the program is extremely high, which means my current friends in English 11 represent a significant segment of a particular population: Students who have still not found consistent success in school despite consistent, targeted, skill-based support and encouragement.

I don’t say this lightly.  One of the things we work on in MTSS support is helping students to see the value in school and in being successful.  These two have not been responsive.

They’re funny and sociable and friendly.  They just have absolutely no interest in succeeding at school or at writing.  This year I want to try and figure out what’s going on with young writers who remain unresponsive despite our most exhaustive (and exhausting!) efforts.

When last you saw Troy and Abed, they were still mostly riding the good vibes that even the most disenchanted aren’t immune to for the first week or so of the year.  That energy drained week by week though, and then–just this morning–I discovered that Abed has quietly withdrawn from the high school to attend an alternative program in the district called Flex Tech.  It’s an excellent fit for him and probably meets his needs (like, say, the need to not despise completely the institution you’re attending daily) better than traditional school could have.

This, of course, leaves Troy on his own in my class, which kind of spoils my whole fun little dynamic duo theme for this column.  BUT. I think it might turn out to be the best thing for both of them.

Before Abed left, both of them had been quite highly engaged in independent reading–they love Batman graphic novels and have been plowing through every title in my (luckily extensive) collection and trading books back and forth with a couple other students–occasionally even chatting with me about their choices.  I’m even hopeful that this particular habit has sunk in enough for Abed over three years that he will continue to seek out pleasure reading without me to hand it to him.

For Troy, who remains stuck with me, it has created opportunities for me to reach out to him as a reader and writer and for him to connect with other students in the class through texts in addition to traditional friendships.  A small advantage, but I’m taking everything I can get.

In fact, watching these two as the days have gone by has been a lesson in how quickly school stamina drains for kids who are already disinterested in their classes.  Troy disappeared for a couple days to have his wisdom teeth pulled (way to schedule an early-season morale booster, mom!) and when he came back, he began to quite literally shrink further and further inward:  Yesterday he was nothing more than eyes and a nose poking out of his pulled-tight hoodie. When I asked him to come out of his little cave and join us (and remove his headphones which were also crammed in there), he reluctantly obeyed, but remained so melted in his chair that I was somewhat worried he might completely liquify. 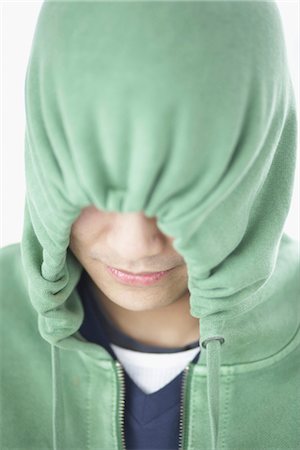 I wonder now whether he wasn’t already aware yesterday that it was Abed’s last day.  Troy told me today that Abed didn’t want any of the students to know he was leaving the HS for Flex Tech.  While there’s no shame in the move from an educational standpoint, it’s telling that even for a kid who loathed the school day, there was a simultaneous awareness that to walk away from it carries a certain negative social capital.

As I mentioned in my first post, English 11 is a course designed around student voice and style as writing focal points.  Our first five notebook entries all leaned heavily into personalized argumentative topics designed to be engaging–topics a teenager would have fun expanding into fully developed pieces.  Instead, Troy’s production went down to nearly zero unless I stood right behind him the entire time–a practice that is neither desirable nor possible when I want all of my student writers to get at least a touch of verbal feedback as they compose.

By the time we came around to “remixing” notebooks–a process where the students can either revisit a favored entry or “remix” the topic and try starting from scratch with a tweaked approach or subject–I was getting almost nothing from Troy or Abed.

In short, my efforts so far:

So Are You Quitting This Blog Then?

Nope.  I have reasons to be hopeful.  Troy did do some work on the expanded argumentative piece (I employed the one trick that I know costs me a bit of social capital with Troy but always gains me some effort in return:  an email to mom). He hasn’t submitted it yet, but I can see progress and he’s still talking to me–a dual victory!

He has also adopted a new crew already–an intriguing mix of highly engaged students and a couple fellow non-engagers who may also become a part of this blog in the near future.  In my next entry I’m hoping to share some small victories and reflect on how Troy responds when we start to wade deeper into the more process-based writing experiences of English 11.  In the meantime, we’ll see just how much of a superhero Batman really is.