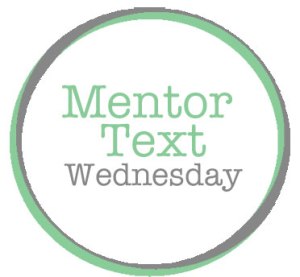 Driving to work this week, I had an epiphany.

Here’s what Katie Wood Ray has to offer on this topic: “In genre studies, particularly, it’s a good idea to find out as much as you can about the people behind the texts you’re reading and the kind of work they do to support their writing. If possible, you may find interviews with writers and either include them in the stack of texts for students to read, or in whole-class gatherings, you might highlight what you think are the important points from the interviews. Also, ask students to pay attention to any author’s notes or information on book jackets that might provide insight into the writers and the work they do” (128).

I had read this passage in Study Driven before, but it didn’t sink in until this week. And then the guilt hit. I use mentor texts religiously but rarely do I stop to talk about the person behind the words.

What message are we sending to student writers about writers when we talk around  authors but not about them?

In an effort to make good on Ray’s suggestion, I immediately went to work to find author information to support the text we’re currently reading in our review genre study–a review of M. Wells Steakhouse in Long Island City, Queens.

How I Used It

Students are in the “immersion” phase of genre study. We are using these questions from Study Driven to frame our reading:

We read through the review once together.

Students then did a second draft reading in which they paid special attention to the focus questions and made notes in their margins.

Afterwards, we plotted our noticings on the board. Here is the working list that we will continue to add to and refine as we immerse ourselves in several more mentor texts:

After we charted the noticings, I shared the following clips to enhance students’ understanding of the work of a restaurant critic, as well as introduce them to Pete Wells, The New York Times restaurant critic.

Video: What actually happens at the critic’s table

If you look back at the list of noticings, you’ll see that my students wondered about the rating system. I was able to show them this clip to help explain how critics assign stars.

We’ve added a new section to our dropbox project–a folder called About the Writers–where we’ll post author interviews, author notes, etc.–anything to supplement the study of mentor texts and pay homage to the writers themselves.