All year long we have been working backwards. In our genre-driven workshop, we have always begun with a genre, figured out how it works, and searched for an idea to fit it.

But now that my students have a command of several genres and an understanding of the varying purposes and audiences of each, they are ready to work forwards–like real writers.

Rebekah wrote eloquently on this subject a few months ago, explaining how real writers chase their ideas into a genre that best suits their purpose.

So our culminating workshop is not genre-driven but technique-driven. The mini-lessons focus on the technique of evidence–a literary feature indigenous to all genres.

To jumpstart the workshop, I created a mentor text cluster–a group of mentor texts written on the same subject across multiple genres. In honor of Mother and Father’s Day, I found five texts exploring parent-child relationships. I wanted students to see that one idea can bloom across many different genres, depending on the writer’s purpose and audience. You can see this list below:

Then, following Rebekah’s lesson, I assigned one text to each group of five students. Students were directed to use their writer’s notebook to review the defining features of that genre. This provided a way for them to review the features of the genres they’ve been writing in throughout the year as well as see how their knowledge has grown.

I knew I wanted their annotations to have a visual impact, so in addition to giving each student a packet of the five texts, I printed each “essay” in 30+ font and glued them to oversized Post-it notes. Students annotated with markers and colored pencils, color-coding different features. 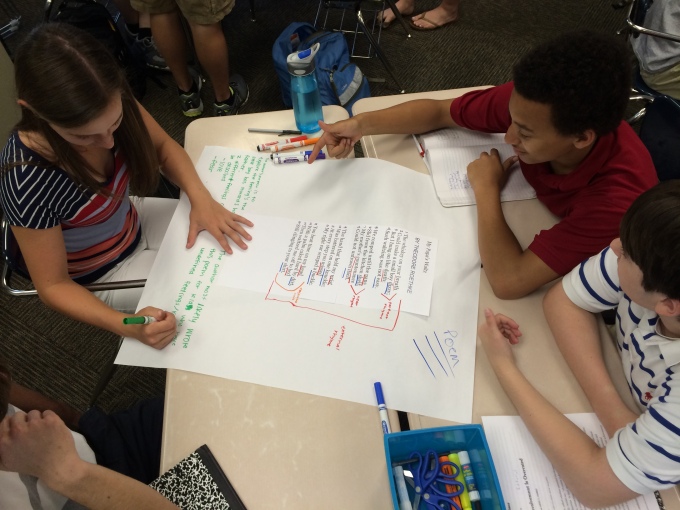 To avoid having two different sets of posters (one set from each class) teaching virtually the same thing, I used Rebekah’s layered annotations lesson to inspire some cross-class collaboration. Period 4 focused on the structural elements of the genre and Period 7 annotated for sentence-level features.

The result is a beautiful set of anchor charts showcasing the genres (except for literary analysis)  we studied this year. I hope these charts will be useful and inspiring to students as they progress through their final workshop. 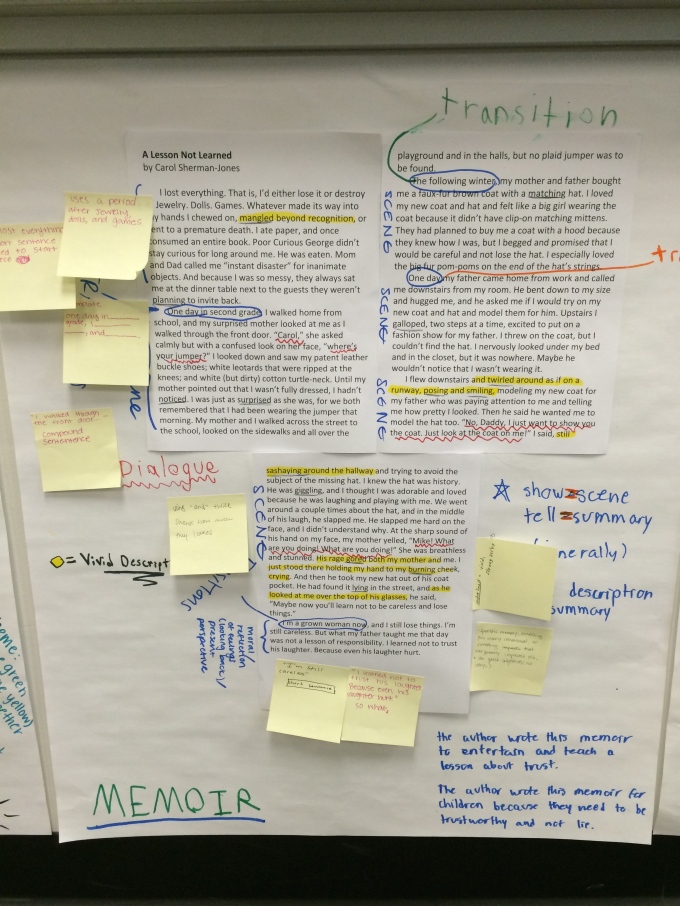 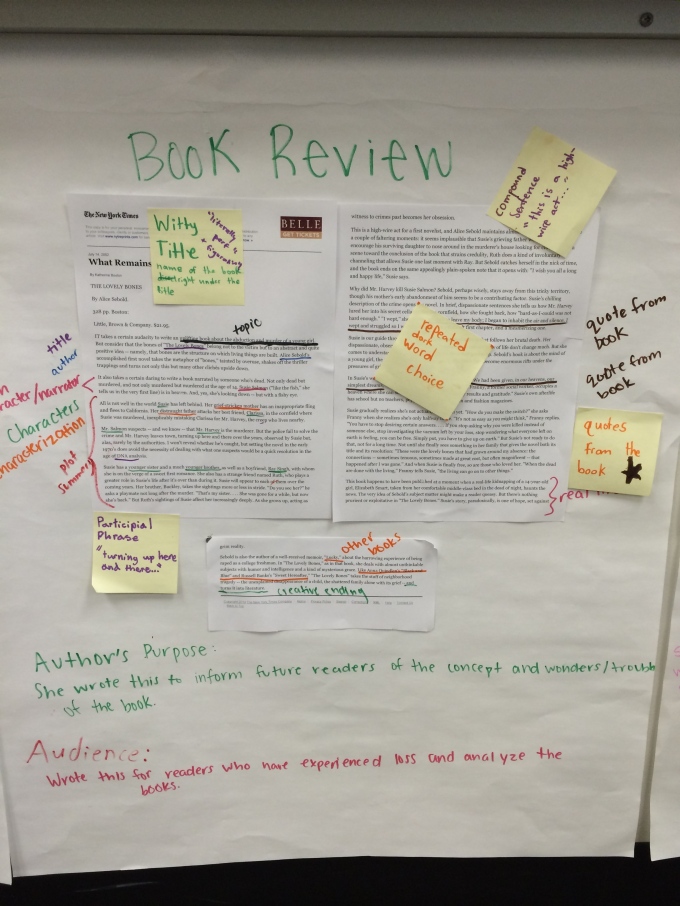 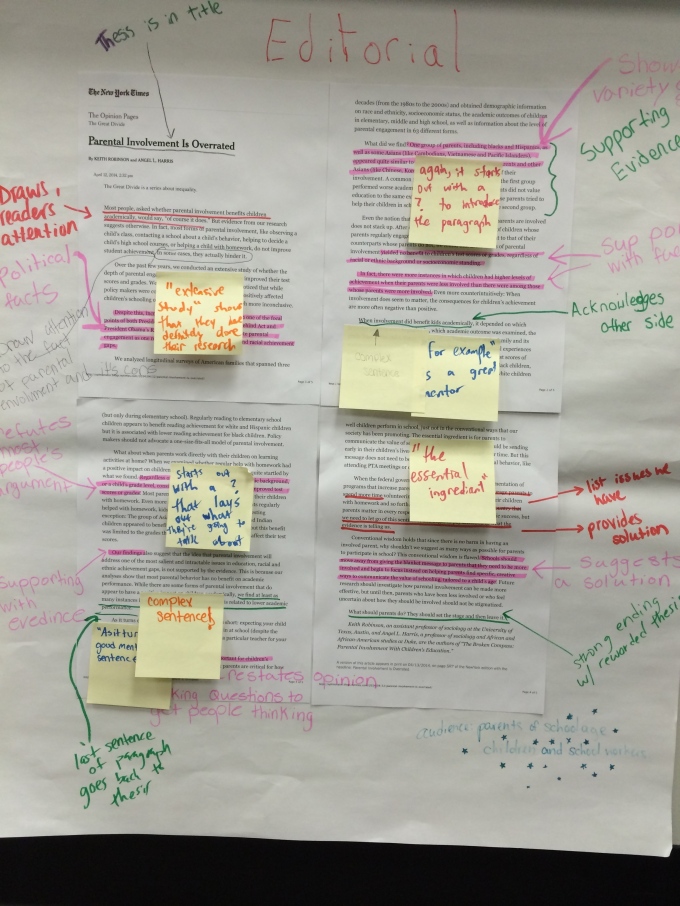