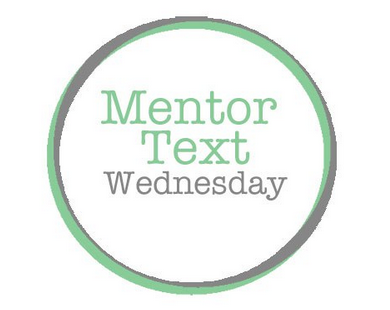 Mentor Text: WFM: Allergic to Pine-Sol, Am I the Only One by Melissa Barrett

In the spirit of Poetry Month, I decided to commit the remainder of April’s columns to poetic mentor texts. Which, of course, meant that I needed to find them. Luckily, I keep a stack of poetry anthologies near my desk at work!

I cracked open The Best American Poetry 2015, and flipped to all the poems that I had flagged for use in my classroom. That brought me to Melissa Barrett’s poem, which not only had I flagged, but I had stuck a note in the book outlining my plan for that poem.

Barrett’s poem is made up of lines from Craigslist personal ads. I was fascinated right away. I have this distinct memory of a teacher telling me about a beat poet who wrote poetry using snatches of conversation he overheard while in the park in San Fransisco. I have a clipping on my bulletin board at home from the book section of the paper about a book of poetry called Forge, in which Kevin McPherson Eckhoff collected lines from public computers by cutting and pasting what had been entered by the previous user. This notion of “repurposing” others’, well, unpoetic writing fascinates me.

Which is why Barrett’s poem called to me. Many other poems in the book had flags, but hers was the only one that prompted me to write the notes that would be my plan for the poem. As Robin WIlliams’ John Keating said in Dead Poets Society, “Language was invented for one reason, boys – to woo women…” Quite literally, Barrett’s poem takes that language, and plays with it.

Poetry — Last week, I discussed my affinity for found poetry. Students get a chance to play with words. As much as I enjoy the success that students have with structured forms of poetry, found poetry can be so freeform, and delightfully random.

In this model, I’d guide students towards the comment section. Though I try really hard to be a strong adherent to the Don’t Read The Comments movement, there is material there that we can mine for this purpose. Looking at a news story that aligns with something we’re studying could be interesting. The comments on YouTube videos would give us a range of topics to draw from, from music videos, to instructional videos, to movie trailers and episodes of TV shows – a wide expanse of topics and inspiration for our writers. We could align it with something we’re studying. We could also use social media feeds, such as tweets and Facebook status updates as source material. We could give our writers wide open choice, or we could direct their focus.

When I do this, I plan to have students copying and pasting an assortment of lines from their chosen source, creating a word document. I’m an analog dude, so I envision students printing off a sheet of raw material, and cutting them up, physically reorganizing their lines, trimming words, crafting something they could then paste into their notebooks.

Obviously, the reason the Don’t Read The Comments movement exists is because so much of what is disappointing on the Internet finds its way there. That would need to be a discussion

Manipulating Existing Text for Creative Purposes —  Last week’s column was about found poetry as well, so I know I’m walking a path I’ve recently walked. There is, however, strong potential for thematic work here. Barrett’s poem makes a statement about modern love. When we set this up, we could be guiding our writers towards the statement that they want to make about our theme, or material we’re studying. I know, as a music fan, that I could cobble together a really good found poem either for, or against “selling out” by culling the comments section of a punk rock video or two. Perhaps, by working first with the words of others, our writers could begin using writing to make their statements, whatever they may be.

Critical Thinking — With all the negativity and vitriol that exists online, the notion of using this material to create is an attractive one. Trolling (pun intended) through comments, tweets and feeds about a topic can give us an interesting perspective on a subject. I envision directing students to use this poem as a way to critically look at the subject. I’m a Star Wars guy. I used the projector in my classroom to watch the new Rogue One trailer six times in a row last week. As I write this, that trailer has 81,579 comments. Just scanning quickly, I can see a poem about prequels that I could write. I can see a poem about the geek community, and its infighting, that I could write. I can see one that I’d call “Spoilerz, LOL.” There’s one in there about female leads.

See where I’m going here? Cutting through the chatter, and deciding what we want the message to be is a big part of critical thinking. For that purpose alone, this mentor text would have value. Pop culture analysis is one thing, but consider the potential that exists here if we start looking at more serious material, which abounds on the web. Consider what we could do with comments on election related material, or videos about controversial issues. The dialogue we’d be having in our classrooms would be phenomenal.

Creative Response — I’ve recently had incredible success lately using Golden Shovel poetry, a form I featured in my first column here, as a way to have students respond to literature. They’ve been able to show me their insights and understandings of what we read in a much briefer form than an essay. Yes, we still do the analytical essay in class, but poetry taps into a different skill set. Freed from the essay, students’ commentary is different. It’s much less stilted, and working creatively, I’ve found that students make strong statements about their thoughts and insights.

Editing — Again, last week’s column covered some of this same material, but this mentor text would require some unique editing. Our writers would be culling through a volume of material, trimming it down until they had what they wanted. They would be “curating” the material in a sense, making sure that they had something that said what they wanted. Considering some of the material that our writers may be using, editing could become very, very important. They will need to consider the tone of their piece, and what they used in its creation.

The Importance of a Title — Perhaps our writers will simply use one of their chosen lines as a title. Perhaps they will create an original title. It is important that they realize that the title is vital in setting the tone of their piece. They may be using negative comments to make their poem, so the title may serve to highlight the purpose of their poem. If they are using negativity to highlight the yukkiness of that negativity, then they can use the poem to make that clear.

Additionally, they can use the subtitle to let the reader know the source of the material. It can be, as in Barrett’s poem, a simple statement of the source, or it can include a brief commentary, such as “using the most sexist comments on the Rogue One trailer.”

Though this column feels a little bit like going to the same well right away, this found poem feels a little bit different. The notion of using material found online adds a whole new level. Students won’t just be creating, but they’ll be pushed to consider the material they’re using. There is inherent analysis in this act of creation. Yes, it’s possible for students to complete a poem like this in a random fashion, to simply copy and paste a bunch of random elements, but if they’re doing it well, that layer of analysis will be a vital part of writing, which I think is very exciting.

What are some sources for material that you would guide your students toward? How else can we use poetry to encourage critical thought? What are other ways we can use found poetry? Leave a comment below or find me on Twitter @doodlinmunkyboy!