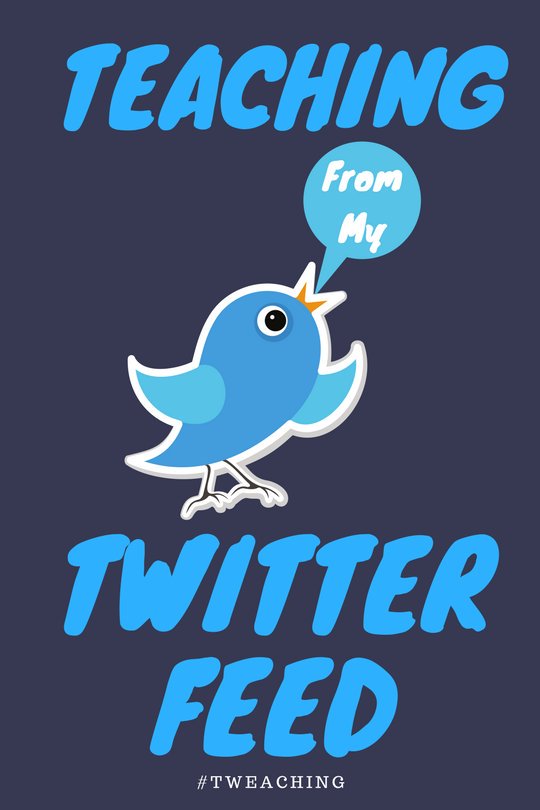 I’ve found that it’s pretty easy to get lost in the weeds on Twitter–with all the wonderful educators and pundits and armchair comedians I follow, I can find myself miles from my original feed in just a few retweet-clicks.  Good thing Twitter is full of Brilliant Maps!

Or at least it’s the home of one lovely cartographical (I totally guessed about whether that was a word or not–no spell check squiggle!) feed that I’m excited to add to my classroom for both freewriting activities and some deeper context exploration this semester:  The aptly-named @BrilliantMaps .  This feed is the home of countless wonderful maps that do everything from highlighting current events and hot-button political issues to providing mind-bending perspectives about how we understand the physical (and sometimes psychological) spaces we exist in.

My students love visuals (actually whenever I say “visuals” they hope after the first syllable that I’m about to say “video” but the mildness of their disappointment tells me they like visuals almost as much).  They make for great writing prompts and spur class discussions that might otherwise dwindle after we’d picked apart a news article or story.  The subjects of the maps here are wide-ranging and not always practical, but man do they make for compelling conversation and writing opportunities.

Check out this one: 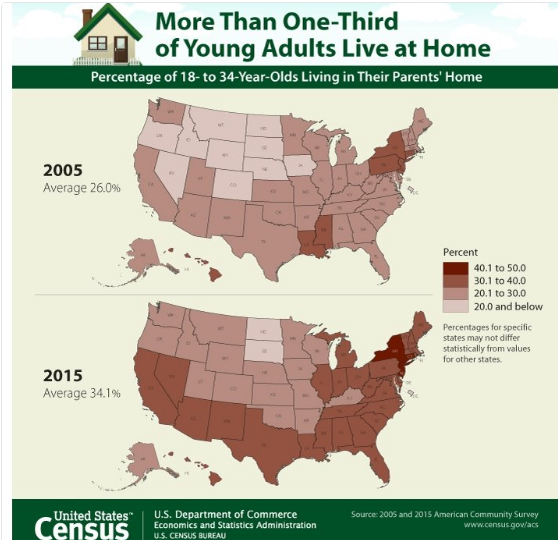 I’ve actually had interesting conversations with students the past few years about the topic of living at home with parents after college versus striking out on their own, so this map would be fascinating to show kids and ask them to reflect on.  What factors might have caused the change?  What implications are there for the country or regions of it based on these shifts?  Why would anyone collect this data to begin with?  The mere fact that the information is so unusual compared to the sorts of things we usually encourage them to examine makes it worth our time!

Here’s another favorite.  It reveals how the election would have turned out if “Did Not Vote” represented a candidate instead of just people staying home.

Look at that map!  People staying home and not exercising their voting rights would have accounted for ALMOST 500 electoral votes!  An amazing stat, but more striking as a visual–especially if you have time to examine why a small handful of states actually have a more active voting population and escape the gray fate of the rest.

One of the coolest things about following @BrilliantMaps though is that it isn’t all heavy and serious.  Some of their maps are playful–and occasionally not really classroom appropriate, so be selective–and others take a crack at visualization just for the fun of mapping things never intended to be rendered into maps.  Like this one!  A map of every character’s travels throughout the first Star Wars film.  Yes they have one for each of the other original films.  Yes I’m going to make you go dig through the feed to see them for yourself.

Maps might not seem highly useful to an English classroom at first blush, but consider the number of skills involved in interpreting one–they carry unspoken and varying degrees of implication and require quite a bit of synthesizing if you want to apply the information they provide to your own view of the world.  And besides, aren’t you already imaging what student-drawn maps of the major characters travels in their independent novels would look like?

If you’re looking for even more cartographical cookiness (that’s a word too!  English is crazy!)?  Check out the utterly impractical but often laugh-aloud funny @TerribleMaps which is exactly what it sounds like plus wildly uneven, but fun follow that might just prove useful every once in a while too.  Like this gem:

Do you find yourself #tweaching some days? Connect with us on Twitter @TeacherHattie or @ZigThinks. We’d love to know what you’re up to!